If you have been using virtualisation in your datacentre for any length of time then you will be familiar with the fact that VMware brings out regular updates to their technology and major releases that introduce major function updates  and new ways of thinking around how your environment can be improved. Distributed Resource Scheduler was an amazing innovation that balanced loads automatically, Distributed vSwitches provided an amalgamation of network resources, host profiles made compliance checking faster and easier. And more recently vSphere 7, but we’ll get onto that later. VMware rapidly became the defacto private cloud platform, but since its inception it required a radical change in thinking around how to build a server to make it work as envisaged.

If like me, you remember the heady days of ESX 3 and the amazing advancements heralded in ESX and ESXi 3.5, you will remember the rush to adopt this technology. 20 racks of servers suddenly became 1 rack. The savings were obvious to even the most conservative CFO, but it always came with a caveat, that the move had to be done as fast as possible. Everything had to be moved in quickly and then worry about how it was configured later.

This meant wholesale migrations were carried out with P2V tools and if you were lucky there would be time set aside to remove extraneous software like unwanted drivers or hardware tools as they were more likely to crash a server. What most people ignored was the desired method of data and application migration to clean builds. There were normally two reasons for this, apart from the time and costs involved, the first was that it was a legacy application running on antiquated hardware that hadn’t been turned off in decades for fear the server would never reboot and the knowledge around the application was limited, if there at all. The second reason was that the experience was in building physical servers and keeping applications on the same physical platform had performance benefits. In the virtual world the reverse was the case. Separating out the individual processes into separate VMs meant that applications ran smoothly, VMs could be light weight resources wise and thus easier to load balance across hosts. It also meant that the CPU scheduling was easier and the overall performance of the environment was better.  For those that don’t understand this problem, CPU scheduling is like a game of musical chairs, if you have a single CPU sized backside then you would fit in anywhere that there was a spare seat, but if you had a 4 CPU backside then you have to wait for four chairs to come available at the same time. Reserving four seats for your ‘big butt’ machine just left less chairs for everyone else so the rest of the environment suffered.

This was the first time re-platforming became a big discussion point, was it worth the hassle to save on the number of hosts, or was it just as easy to throw resources at the cluster and let the ‘big butts’ be.

Then came along the public cloud and suddenly everyone had a ‘cloud first’ moto … unfortunately, not only does the same rule apply to public cloud as a private cloud platform as they were now referred to, but in addition data transfer cost played a major role in suitability for public cloud. Then there is the fact that each cloud platform has different requirements to make use of them. This means that once you have gone to the cost of re-platforming all your MS based servers for deployment on AWS you are locked in because they won’t work in Azure. Hybrid cloud is an alternative and products like VMware Cloud on AWS allow companies to move their VMs from their on-premises VMware estate to VMware Cloud with ease and no re-configuration, but once again the rules of the unnecessary ‘big butt’ and data apply, which means that not all workloads should be placed in the public cloud, not if cost is a driving factor.

What was the answer for any company wanting to have a multi-cloud ability? Well the answer is to build hypervisor agnostic applications and have it based on container technology, or microservices. This technology allows a truly cloud agnostic approach to application placement. Containers provide a universal platform for the application and so these microservices can exist on any cloud, whether public or private and have the same experience. The drawback of course is that all these applications will still need re-platforming to work like this and not all applications will suit a microservices solution. It is also a huge cost to develop these microservices and are the savings there in the moving of applications to the public cloud to justify all the expenditure on development costs? Probably not for all applications so the answer is to move the easy ones and make cost savings on those whilst maintaining the costly ones in your private cloud. – though putting them on a diet is still a good idea.

How does this all relate to vSphere 7? Well this latest version is a huge investment by VMware and allows a fundamental shift towards running a multi-cloud environment. Instead of containers being a bolt on to vSphere, this version integrates containers into the vSphere environment. The whole concept is that companies can run their applications that suit a microservices platform in the same environment as their standard VMs and flex the resources between them as demand requires. Containers no longer sit on their own separate hardware and have to be managed and monitored as that. The vSphere management suite is fully aware of the container environment.

So is vSphere 7 just another upgrade?

What does vSphere 7 mean as an upgrade? Apart from a host of features that offer performance improvements across the platform, including a replacement for the old VUM with vSphere lifecycle manager, Identity federation with ADFS, vTA, improved DRS, vMotion and Scalable Shares. The latter means that resource pools can finally be used by the uninitiated without fear of making the environment performance worse rather than better.

What this upgrade really means though and why it is important, is that it will provide an ecosystem for companies to migrate into as they develop their microservices. Not in the way that they did before, there will be no mass migration tooling that will take the current services and make them microservices, this will have to be worked through as a dissection of the applications and services developed. This may not appeal to all companies as the investment can be large, but the resulting services will be fully capable of living in a multi-cloud environment. No vendor lock-in and burst to any cloud. These microservices are also lightweight and so are far easier to load balance, spin up and spin down. The unified approach to vSphere 7 means that resources are shared seamlessly between full fat servers and containers so as applications are migrated and the resources from the full fat servers are released, these resources are made available to the containers. For risk adverse companies, this also means that new microservice applications can be tested with the fall back to traditional applications needing to only be a case of powering up the original VM(s). Companies will finally be able to see the advantages offered by the vSphere platform over any of its competitors. One platform and one management solution for your multi-cloud solution.

Take the next step with vSphere 7

Xtravirt is VMware’s premier delivery partner in the UK and hold all of the Master Services Competencies. The wealth of experience Xtravirt brings to the table will ensure that an upgrade to vSphere 7 is not only seamless, but will allow any company to take full advantage of the features of this major upgrade from VMware. Contact us to find out how we can help. 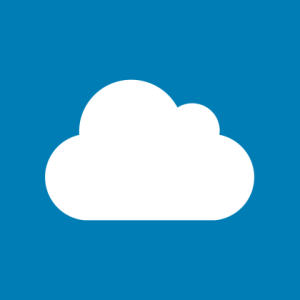