As you may or may not be aware, VMware vSphere 7.0 is now available to download (as of 2 April 2020).  Now, for hosting straight VMs, or doing all the neat K8s and app containerisation stuff, this is great.  But what about the other use cases that are out there?  Is now the time to jump on the vSphere 7.0 bandwagon? What about VMware vSphere 7.0 from the EUC Perspective?

I’ve written articles on this topic for previous releases, so it’s time to do this again and look at how VMware Horizon 7 gets on with respect to interoperability.

With respect to the venerable VDI/Published Apps platform itself, only the latest release – version 7.12 – is supported.

Note that there are no caveats, so it looks like even VMware Composer may still function.  However, note that the Long-Term branch (7.10) is not supported.

VMware App Volumes needs to integrate with the hypervisor stack in order to provision apps to desktops.  Unsurprisingly, the new 4.x release is supported.  Also note that the latest release of 2.x (2.18.2) is also supported.

This has no direct dependency on VMware vSphere, so product interoperability isn’t an issue.

With respect to Guest Operating Systems, Windows 7 and upwards are still actively supported on VMware vSphere 7.0, as are Windows Server 2008 and later.  Legacy support is present for anything older.  This should, of course, be balanced against what is supported by VMware Horizon – the limitation here is that Windows 8.0, Server 2008 and Server 2012 are not supported by Horizon 7.12.

So, vSphere 7.0 from the EUC perspective, as always, the question is – should I?  Outside of the above, it should be considered that this is a brand-new major release which may cause some anxiety with respect to deploying such a new release on a production system.  The recommendation may well be to either wait a little while to let the creases fall out, or, if you’re fortunate enough, carry out some pilot testing in a test estate.

There is another factor to consider – hardware compatibility.  As always, a trip to the vendor and VMware’s websites are a must to check the status of the underlying hardware, particularly if it’s already a few years old.

There is also the question of whether it offers enough value to justify the effort, risk and disruption to the current estate.  If you’re on vSphere 6.7 already, then it may not be worth it for the time being in a production environment.  Release 6.7 will be supported for some time yet, so, again, a delay may well be prudent – possibly to align with a hardware or a major Horizon release. 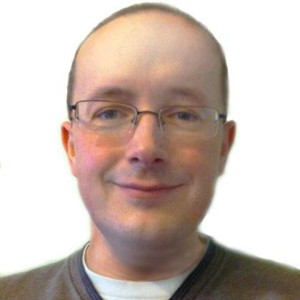